There are lots of research papers on the internet, suggesting the vast benefits of CBD, is CBD oil addictive and more. Researchers won’t back off anytime soon until they find out everything there is to know about CBD.

Studies from different researchers have shown that CBD consists of anti-inflammatory, anti-anxiety, and seizure suppressant properties. Not only this natural remedy can reduce chronic pain but anxiety, stress, and depression as well.

It is legal in almost all states of the United States. However, now, even outside the United States, many countries across the globe have made it legal, mainly because of its attractive benefits. For example, CBD became legal in Canada after they pass The Cannabis Act. This act states that adults for medicinal and recreational purposes could consume cannabis. Hence, hemp-derived, as well as marijuana-derived CBD, is widely available within the borders of Canada.

The EU, or otherwise known as the European Union, has also legalized and established guidelines for cultivating hemp-derived CBD. One can grow hemp and produce CBD as long as the THC concentration in it is less than 0.2%.

Several South American countries have uplifted the restrictions on CBD. They are promoting the medicinal use of hemp and marijuana-derived CBD. Countries like Brazil and Mexico allow the import of CBD products like creams, lotions, edibles, topicals, and tinctures. While other countries, such as Chile, have already established full-scale marijuana and hemp-derived programs to help cultivate CBD.

Why are people concerned about CBD?

Despite the growing popularity of CBD across the globe and its power to heal chronic diseases, people remain in concern about the addiction it can cause. People are confused about whether it is CBD oil addictive or not, as it contains THC as well.

The confusion is mainly due to the intoxicating counterpart, THC, not the non-intoxicating part, CBD. CBD interacts in a completely different way from the human body’s receptors within the endocannabinoid system. So, it does not have the psychoactive effects as people usually get from consuming THC.

From profound studies, they find that CBD blocks THC from reaching the body receptors throughout the nervous system. Hence, reducing the psychoactive effects of THC.

So, the big question is: Is CBD oil addictive?

As CBD does not have psychoactive properties like THC, its potential to be addictive becomes minimal. Most of the scientists consider CBD as safe due to its limited high effect on us.

A study, published in the Journal of Drug and alcohol Independence in March 2017 examined a previous study case. The case was about administrating the oral CBD dosage to marijuana users, in combination with smoked marijuana.

Later they discover that CBD had as much potential for abuse as the placebo in the following study.

On the other hand, a study case in the year 2011 indicated that CBD is better and safe than THC and other marijuana cannabinoids. This study examined that even a high dose of CBD (1500 milligrams per day) was well-tolerated.

As compared to THC, CBD did not produce the high effect that impairs cognitive and psychological functions. Other than that, it also did not change the blood pressure, heartbeat, or body temperature of the subjects.

Different CBD products contain variant amounts of THC. Since THC is addictive, does it mean all CBD products are?

The answer to the question: Is CBD oil addictive depends on where the CBD comes from. You can extract CBD oil from both marijuana and hemp. Extracted CBD  from hemp has little to no trace of THC, while marijuana-derived CBD has some extent of THC and other reactive cannabinoids in it. 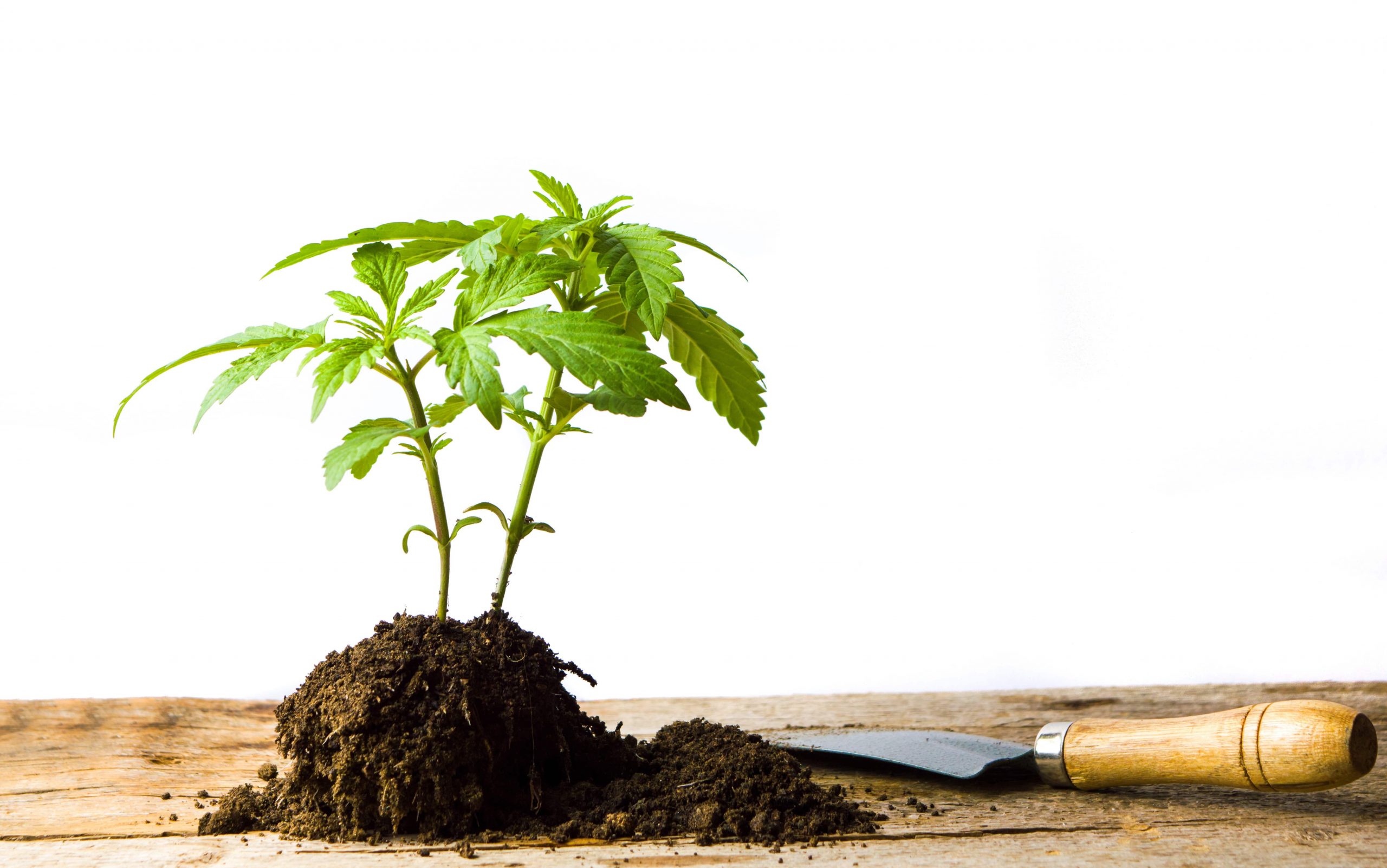 In general, there are two categories of cannabis plants that produce medicinal CBD: Marijuana and hemp.

The CBD that we extract from hemp contains little to no THC. Even if there is, it is less than 0.3%. According to federal law in the United States, CBD products containing more than 0.3% of THC are illegal.

Therefore, an individual must not put himself at risk by consuming CBD products containing a higher THC as it can impair its motor and cognitive functions.

Marijuana-derived CBD is well-known for its intoxicating properties. It is grown for this very purpose: to get high.

Unlike the hemp-derived CBD, marijuana-derived CBD exceeds the limit of THC in the products. It is a little above 0.3%.

While all studies indicate that CBD is not addictive, taking excessive amounts could have you experience the side effects of THC and other reactive cannabinoids.

While you won’t get high while taking excessive CBD, you could experience a change in your sleeping pattern. Other than that, you might experience inflammation, anxiety, and even insomnia, in some cases.

It is quite possible to avoid THC while taking CBD. However, using them both at once could create positive side effects. For example, using them both simultaneously could boost the CBD’s therapeutic power.

A study in 2010 indicated that CBD combined with THC was more effective in treating pain. They surveyed a group of cancer patients.

Is CBD addictive? No- but it could help fight addiction.

Research, backed by scientific evidence suggests that you can use a CBD to combat drug addiction. In short, it could help fight the addiction of THC.

Another study, conducted in 2010 and published in Neuropsychopharmacology, was based on 94 cannabis addicted subjects. The primary purpose was to see the role of CBD against THC. Researchers wanted to see if reinforcing CBD into a human body could lower the side effects of THC.

The study indicated that high-strained CBD smokers showed a significant amount of reduction in drug abuse. The report concluded that CBD could be used as a treatment to reduce cannabis dependence. It could be used in many ways to combat addictive disorders.

Other research studies suggested that CBD could also help to combat smoking addictions. A study published in Addictive Behaviors indicated the potential of CBD to reduce tobacco and opioids consumption.

This study consisted of 24 patients. Half of them took a CBD inhaler while others took placebo treatment. They advise them to inhale CBD when they felt the urge to smoke. Later they find out that CBD inhalers reduced the smoking desire in patients by 40%. Whereas, those given a placebo treatment did not show any significant results.

CBD can be used to treat cannabis dependence

After a period of extensive research, we have also got to know that you can use CBD to treat cannabis dependence. They support this statement by research evidence.

An animal study had the researchers apply CBD gel rats with a history of taking voluntary drugs and alcohol. The subjects showcased addiction-like behaviors as well.

This study led the researchers to do the same experiment on human models as well. They associate a may 2019 study with ways to reduce heroin addiction. There were about 42 recruiters, and they divide them into three groups. They gave to the two groups  CBD, while the one group placebo treatment.

At the end of the case, those who took CBD showed a significant reduction in heroin addiction.

While CBD has many potential benefits, you must not forget the possible side effects that come with it.

According to the Mayo Clinic, side effects of CBD oil use are diarrhea, dry mouth, fatigue, reduced appetite, and drowsiness.

During the CBD hepatotoxicity, scientists found that CBD oil increased the risk of liver toxicity. The medication to cure epilepsy, available in the market, has the same side effects as the hemp-derived CBD.

With having no THC, the side effects of hemp-derived CBD can be minimal, but one must weigh the risk before taking it.

Another area to discuss is the adverse effects of CBD on medication, like blood thinners.

A study in 1993 suggested that CBD blocked various enzymes responsible for breaking down 80% of pharmaceutical drugs in the human body. Even though this blockage enables the users to take less medication, it could also cause toxic build-ups in the body.

While CBD oil has potential benefits to curing chronic diseases, one must not take it without a little research. It is better to use CBD oil with little to no amount of THC as it has fewer chances of getting your cognitive functions impaired.

The Federal Food, Drug, and Cosmetics requires this disclaimer. We collected this information from different sources for the benefit of our consumers. The Food and Drug Administration did not evaluate the statements made regarding these products. The effectiveness of these products is not confirmed by FDA-approved research. These products are not meant to cure, diagnose, treat, or prevent any disease. The information presented here is not intended as a substitute for knowledge from health-care practitioners. It is also not meant as an alternative to expertise from health-care practitioners. You should always consult with your doctor and ask about the risk of interactions or complications before using any products.